What you will find on this page:

Hello my little friends!  You are probably wondering what Osiyo means?  Osiyo (pronounced Oh – see – yo) is a greeting in the Cherokee, native American language.  Did you know that November is indigenous people’s month, also called Native American Heritage month? 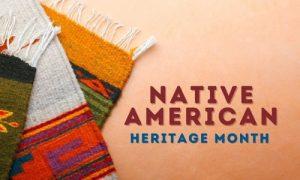 Native Americans and the Toothbrush

Did you know that Native Americans had pretty good oral health?  Native Americans were very clever and came up with the concept of a “toothbrush” even before my Herbie!   Native Americans had a regular habit which was to clean their teeth by using what was known as chewsticks.  They even used fresh herbs (pine needles, sage, and mints) to cleanse their teeth and gums.   Another little-known fact is that pine sap was the official first chewing gum, used to freshen the breath!

You don’t know what a “chew stick” is?  Chewsticks were small branches of trees that had two uses: one end was frayed by a rock and used for brushing, while the other end was sharpened and used as a toothpick.  Here is an important fact, Native Americans had really healthy diets of fruits, vegetables, and nuts.  The Native Americans had very good oral health!  I only collected pristine teeth from Native American children because they took such good care of their little pearly darlings!

Here is another little-known fact about toothbrushes.  I bet you did not know that the Pilgrims did not have any form of toothbrushes!  The first Pilgrims arrived in American in Plymouth Harbor, Massachusetts on December 20, 1620.  It was not until the 1700’s that the first toothbrushes were made in Europe.  The toothbrushes had a wooden handle and very stiff bristles made from  hog’s hair.  Believe it or not they were only used by the upper classes of society!  So, do you know what that means?  No Bogarts or Dementors for Native Americans!

Native American peoples are oral health heroes and champions!  All of the Tribes knew of the importance of keeping and maintaining good oral health.  So, for this season of thanks, give thanks for all of the oral health knowledge you have and the toothbrushes and toothpaste (and fluoride!) that you now have available to you.  Take a look at what you received for your Halloween Treats and eat them wisely!

Remember, your treats are full of the sugars that allow the Bogarts and Demeantors to attack your pearly whites.  You can keep them healthy and bright by brushing after you have a treat.  Remember to brush at least twice a day (morning and night) with a fluoridated toothpaste and if you use a mouthwash, use that before you brush!  Don’t forget to floss at least once a day to help your gums stay healthy too!

Remember Samantha from last month?  Don’t make the same mistake she did by deciding not to brush or floss her teeth.  Brush and floss every day to keep your little darlings in tip top shape!

Tata my little buddies!  Don’t forget, you can always contact me by email or call my friends at the Connecticut Dental Health Partnership!  My friends at the CTDHP would definitely love to hear from some of you out there as you brighten up their day!

Caring for Your Dentures

All About Native American Month: https://nativeamericanheritagemonth.gov/about/